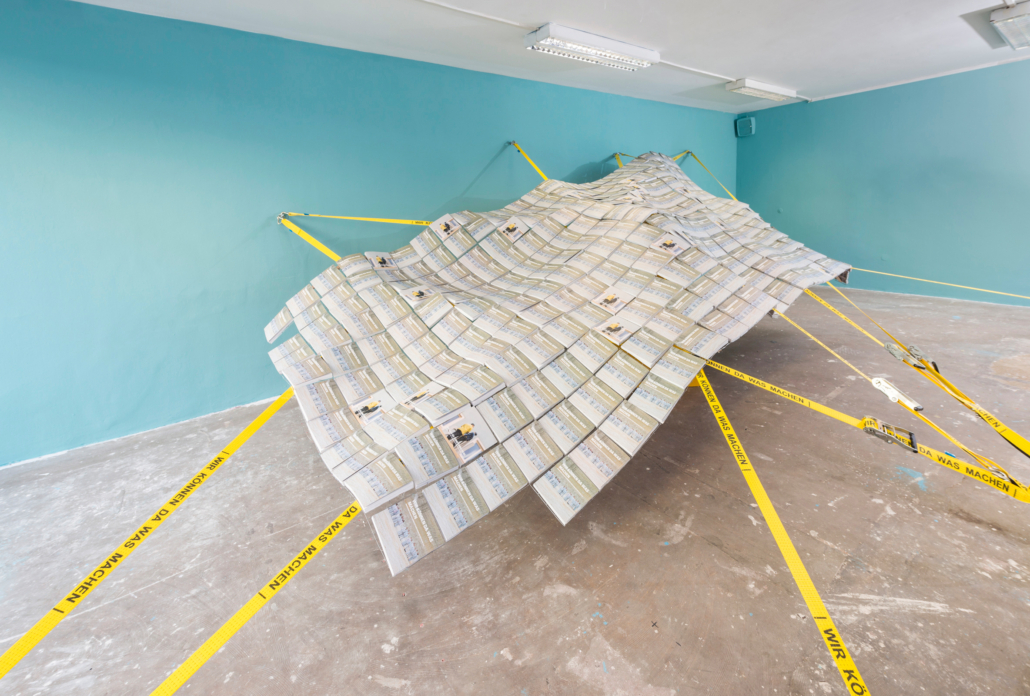 The publication “Wir Können Da Was Machen. Dimensions of Designs of the KunstRaum Goethestrasse xtd” was the theme and material of the room installation “QVErlesen” by the designer Gerald Priewasser-Höller.

Tightly packed, hundreds of catalogues carried as if on a wave, almost floating, the contents presented themselves to the viewers. In this abundance, the signature of the KunstRaum, as can be seen in the publication, was presented and brought into the space as a coherent whole.

In the “QVErlesen”, the “WE” of collectives of participants in the KunstRaum project series was in the foreground and remains inherent in all pages as an exquisite selection.

Gerald Priewasser-Höller: After studying raum & designstrategien at the Kunstuni Linz, with a stopover in Zurich, Gerald Priewasser-Höller worked for Ars Electronica Linz for many years. As an architectural designer in the field of experience design for museums, exhibitions and trade fairs, his experimental implementations are often at the interface between art, architecture and design.

COME TO THE #ISLAND

BEING OPPOSITE
Scroll to top