City of Respect _ An initiative of KunstRaum Goethestrasse xtd

“For me, respect is the preservation of the human dignity of every individual. I support the initiative because it is an example of how art can positively influence people and society.”
(Prim Dr. Kurosch Yazdi, Vorstandsvorsitzender pro mente OÖ)

“For me, respect is the basis of every encounter.”
(Silke Grabinger, BA, Tänzerin, Choreografin)

What kind of city do we want to live in? What is respect for you?

In 2008, KunstRaum Goethestrasse xtd developed the vision of the City of Respect. The aim is to create a place where everyone can create and make a difference. The basis for this is respectful interaction* with each other.
In cooperation with artists and partners, workshops, productions, designs and communication campaigns will be realised in public space and exhibition space, in the city of Linz as well as in Upper Austrian regions and in virtual space, which will build on this like building blocks – thematically, in different formats, in many places and with the involvement of many partners and residents.
The aim is to initiate a social, cultural and individual development process towards a City of Respect.
Numerous personalities from the fields of education, art and culture, politics, social affairs, sport, business and science support the “City of Respect” initiative. They are all speaking out for a city of respectful coexistence. You too can support the initiative! Send us your opinion on it!

City of Respect _ builds on cohesion
Model Region Steyr/Kirchdorf _ Picture material Invitation card/drawings,…
In the further development of City of Respect, the City of Respect is seen as a system composed of people, region, everyday life and values. The different “everyday building blocks” are very similar in a city as in a region. The KunstRaum has art and social as its theme and would like to connect these two parts through the KunstRaum initiative City of Respect with a focus on the issue of mental health. A model project will be launched in cooperation with offers from pro mente OÖ in Steyr and Kirchdorf. The results will be presented to the public in autumn 2021. Workshops with staff and clients of pro mente Oberösterreich were started to find themes and forms. Together with KunstRaum Goethestrasse xtd, they are creating a story for a city of respect.

“Respect is for me without alternative”

2017 – 2016 : City of Respect _ hosted by LINZAG LINIEN and Friedensstadt Linz. This city feels cohesion.
One-year art and communication campaign in the public space of the city of Linz on the topic of mobility. City residents, the diverse communities of KunstRaum Goethestrasse xtd, pupils and artists took up the question “What is respect for you?” in their media. Through the cooperation partners, broad visibility was achieved on trams, buses, in bus stops and via social media channels. 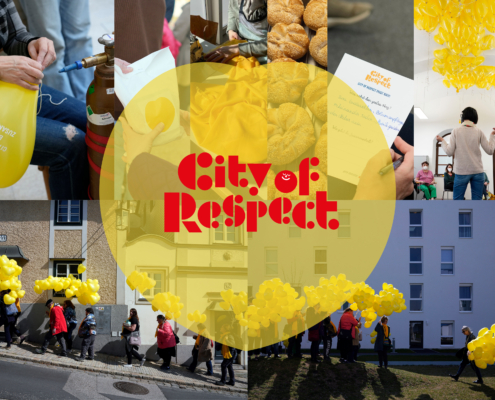 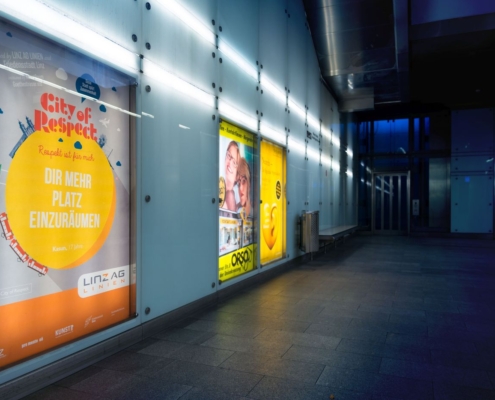 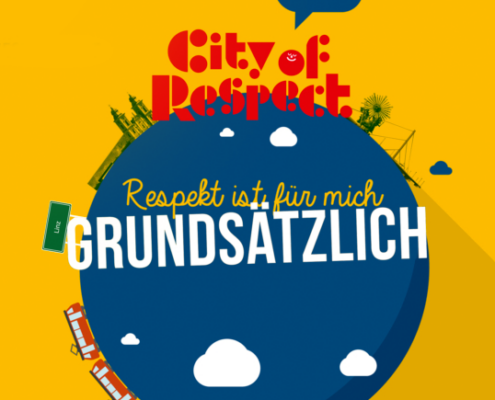 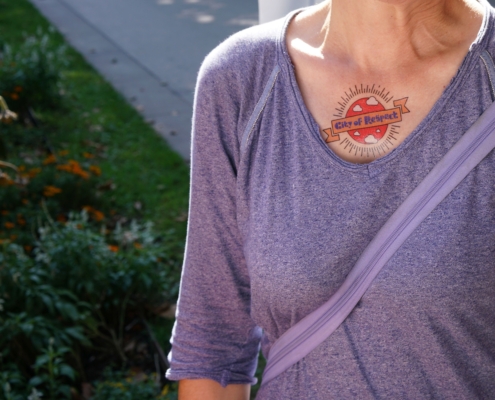