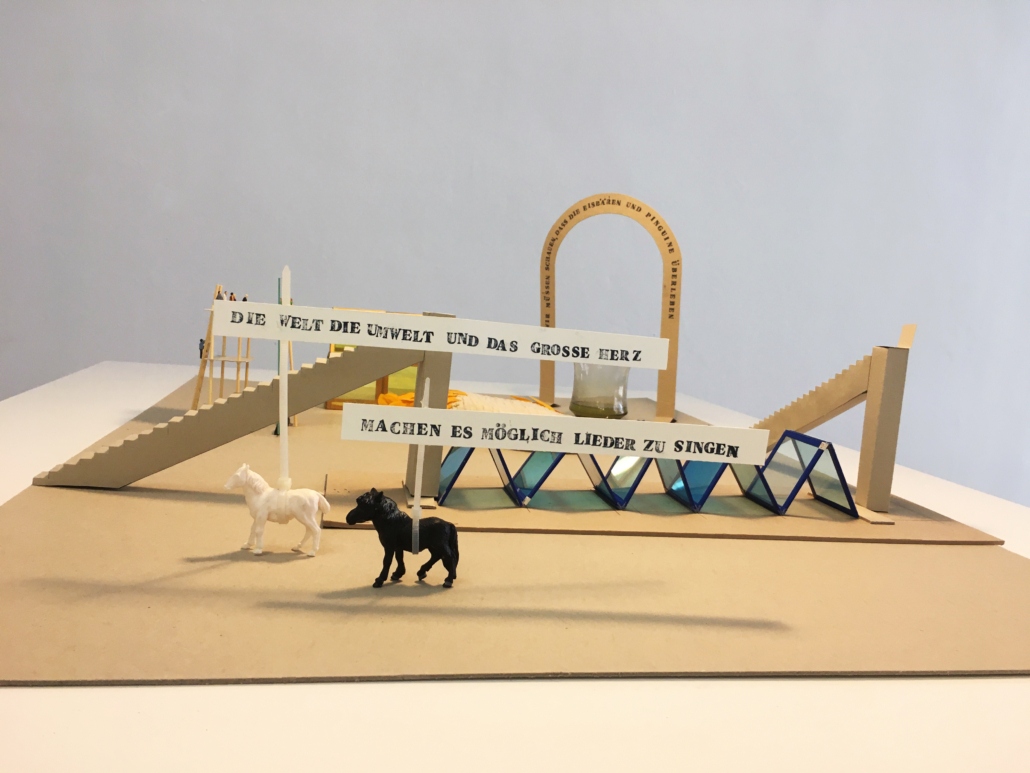 “City of Respect _ builds on cooperation” is a model project of pro mente OÖ locations in the Steyr/Kirchdorf region, initiated and led by KunstRaum Goethestrasse xtd. There were major themes such as respect, region and mental health that were dealt with in the online workshop series with more than 20 people interested in art and culture from the Steyr/Kirchdorf region.

Current positions, as well as visions for the future, one’s own self-image, wishes, places and spaces, personal and social perceptions, dealing with resources and the post-Covid-19 challenges for mental health, were shaped into terms, pairs of terms, statements, pictures, drawings and stories to approach the question: “What does it take in your region to be a “city of respect”? Who is helping to build it?”

The results of this series of workshops have led to the creation of books with drawings and statements by those involved in the project. The building blocks for a “City of Respect _ builds on cooperation” in the Steyr-Kirchdorf region were summarized in terms such as Big Heart, Encounter, Light, Humour, Insight, Food, Water, Future and Movement, translated into forms and brought into a three-dimensional model, united into a whole and made visible in order to enter into discussion with those involved in the project. In addition, actions were developed that will be implemented in the Steyr/Kirchdorf region in 2022 in order to locate “City of Respect_ builds on cooperation” in the region, to make it visible and to involve people.

Create a story – storytelling in words and pictures. Part II
Scroll to top