In KunstRaum Goethestrasse xtd, you will find the ability to evoke enthusiasm, arouse sleeping interest, and
inspire committed togetherness – among young and old. For the arrangement of living space in the
Wohnhaus Neuland Asten (EN: Residence Neuland Asten), the KunstRaum Goethestrasse xtd team was able
to arouse interest in doing something together among the supervised residents and to give them a feeling of
being involved and having something to show for it in the end.
The design workshops took place on site, because the familiar surroundings give the participants more security.
In an initial meeting, where the residents were still hesitant, they were asked what they would like to do, what
they need, and what they remember. It became clear that they enjoyed eating and playing games together,
but suitable tables were rare. Tables were to be produced as a place for shared eating and games like chess.
Forms were found in quick-drawing rounds, some of which were used later as motifs for the designs. One of the
residents remembered his time as a carpenter, when he learned inlay techniques. This provided opportunities for
experimenting together with this craft in workshops. As a further point of reference, this technique was used
in the design of the tables. Available old tables were used for the design and upcycled. In this way, everyone was
able to contribute to the results and rediscover craft skills. 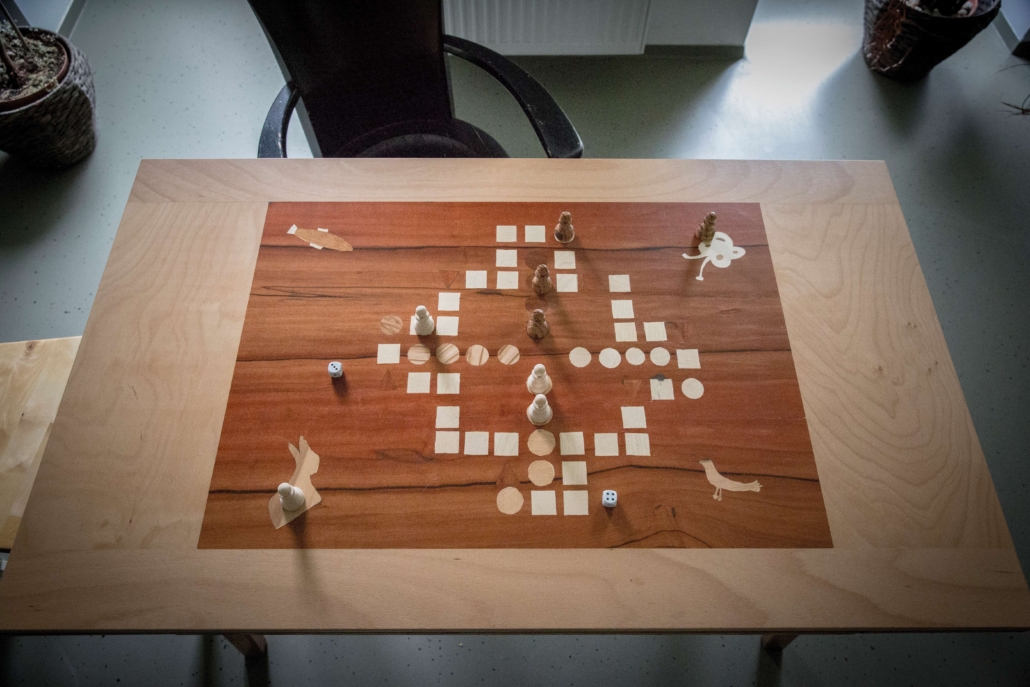 THE SALON
Scroll to top