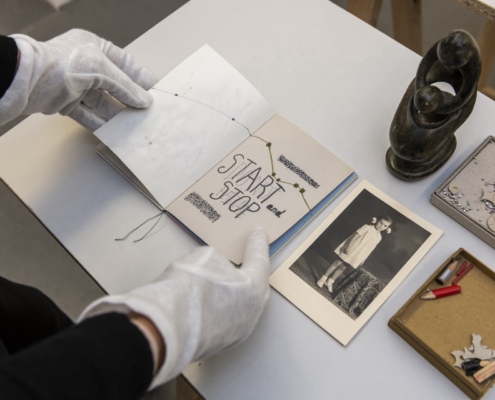 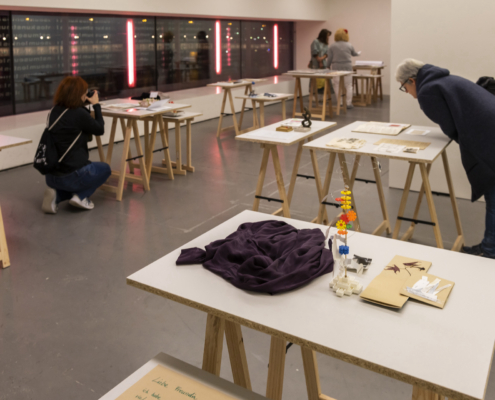 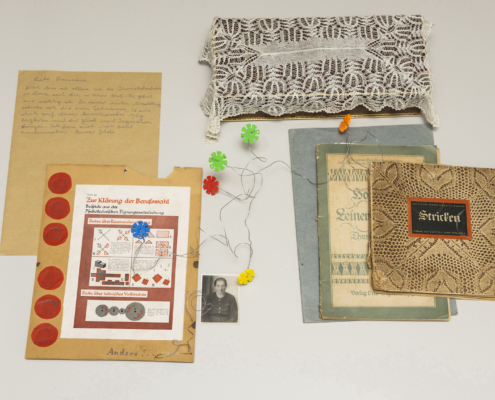 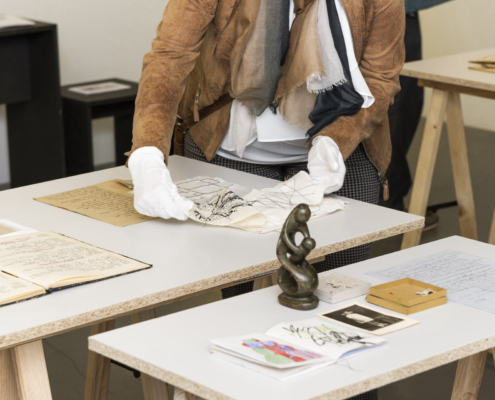 A pop-up exhibition of the lost artist Olivia K.

The legacy of the hitherto unnoticed artist Olivia K. poses more riddles and questions than clear answers about her existence.

This is precisely what makes it so appealing for today’s cultural researchers to deal with this multifaceted biography. Phases of life and work can be used like puzzle pieces. But it remains a puzzle with openings, with connecting pieces that just don’t want to fit together and that certainly need further research.

Many elements of Olivia K.’s life can be traced more through her artistic designs, objects, poetry and collection pieces than through indisputable historical sources. Just as if she had, as Alexandra Kollontai said, “lived many lives”.

The difficulty in processing the “Konvolut Olivia K.” also lies in the fact that it is often impossible to determine whether it is an object of everyday life, a sketch, a draft or an already finished work. This is where the viewer’s interpretative powers are called upon.

Olivia K. was born in Austria at a time. The history of National Socialism had burrowed deep into the country. There was little discussion about how the individual families dealt with their own co-perpetrators. Growing up in such a “contaminated landscape” (Martin Pollack) and feeling that “something is wrong here” (quotation from correspondence) undoubtedly had a strong impact on their view of their own identity. From the very beginning, a sense of the impossibility of carefree existence is inherent here. Tension lines can be identified here between her father’s obvious will to support her (“He told me to go my own way.”), the early musical support she received and the constant digging for the perpetrator stories of her own loving family. It is precisely this tension that characterises her work and makes it appear fragmentary.

Her notebooks reveal that she confronted her own local history as well as having access to little-known artists’ biographies such as that of Friedl Dicker-Brandeis (see Lentos exhibition Winter/Spring 2022). We find references to her intense preoccupation with children’s drawings in Theresienstadt and the attempt to apply Friedl Dicker-Brandeis’ Bauhaus-influenced “practice methods” to herself.

From this context, her visit to the University of Applied Arts in Vienna was obvious. Here she studied the women’s history of textile design as well as object art influenced by the new realism. The fact that she tried to combine this with gestural abstraction in later phases of her work indicates that she wanted to create art on her own.

The Viennese environment of the “Angewandte” is probably also decisive for their politicisation. Here, however, the evidence is lost in the darkness of archives that have not yet been opened. It could be that she appeared under different names in different scenes in Vienna and Berlin. It is precisely these gaps
and the fact that even in her own notes she often works only with hints, testify to incursions, perhaps the general questioning of her life plan and new discoveries. It begins to rumble in the box of life.

What becomes apparent, however, is her ability to process experiences of crisis on an artistic level, be it through poetry, music, images. For a while, her own life and the traces we have of it seem to move between fiction and reality themselves, and she seems to intentionally keep us in the dark.

It also remains unclear at this stage of research at what point she made a certain breakthrough and made her way out of the financial precariat. In any case, her late work can be read as a condensation of all these experiences, as a coming to maturity. We can remain curious as to where her complete works will be shown.

For the first time, parts of her fragmentary œuvre were on display at the Lentos Kunstmuseum as a pop-up exhibition during the Long Night of Museums on Saturday, 1 October 2022, 18:00 to 01:00. 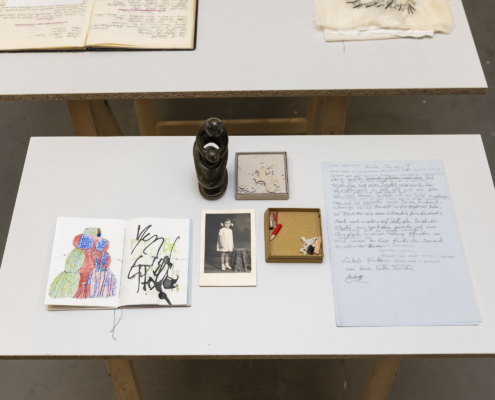 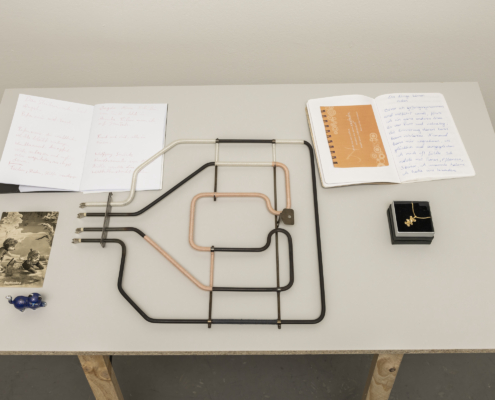 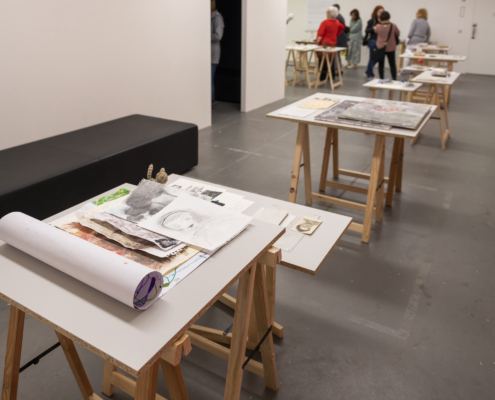 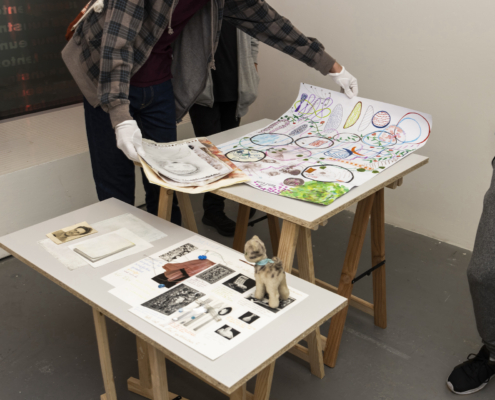 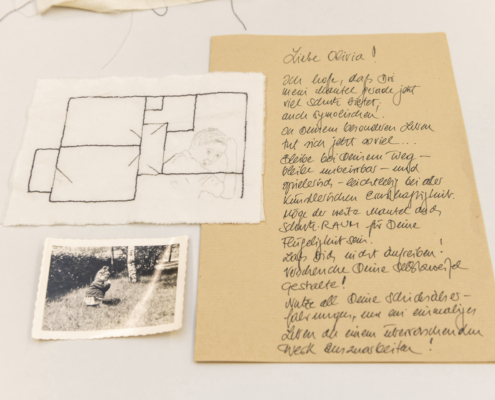 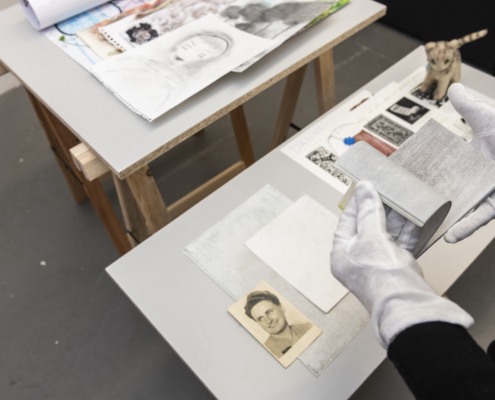 We continue building the city of respect!