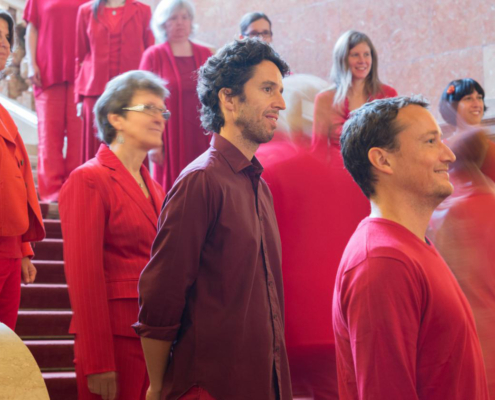 WE STAND FOR ALL

PERFORMANCE FOR A CITY OF RESPECT

Just as the concept of “we” is key to the work process of KunstRaum Goethestrasse xtd, collaboration and inclusion is the mission of pro mente OÖ. For the 50th anniversary of pro mente OÖ
KunstRaum Goethestrasse xtd was invited to be part of the festivities with an artistic contribution. The
space as well as the concept of the City of Respect were decisive in the conception of the project. For the
festivities politicians, Austrian and international partners, and international speakers were invited.
KunstRaum Goethestrasse xtd decided to place the performance at the beginning of the festivities, so that
the guests would not only arrive on the red carpet, but rather be greeted by the community itself. The various
different communities of KunstRaum Goethestrasse supported the performance as actors. More than 50
people dressed in red continued the red carpet by standing by the entrance, showing people to the cloakroom, and silently accompanied the guests along the steps. The impressiveness of the performance at the
very beginning of the festivities and having to pass through the lines of people made a strong impression on
the audience. Even passers-by were fascinated by the presence of the silent watchers in red. The words “On
some days she walks through life as if on a red carpet”(3) were written above the entrance, and rounded off
the overall picture.
KunstRaum Goethestrasse xtd’s idea was developed together with colleagues and experts from performance,
and theater. It was essential to try things out, rehearse with costumes, and go through movement exercises,
in order to prepare for the performance that lasted for several hours in the space. Moments of mutual support
and an atmosphere of respect could be felt as participants chose their red clothes and during rehearsals. A
video documentation of the performance was positioned in the space during the symposium to maintain the
presence of the performance.
The resonance of the production within the organization, as well as with the guests was immense. Initial in
order to prepare for the performance that lasted for several hours in the space. 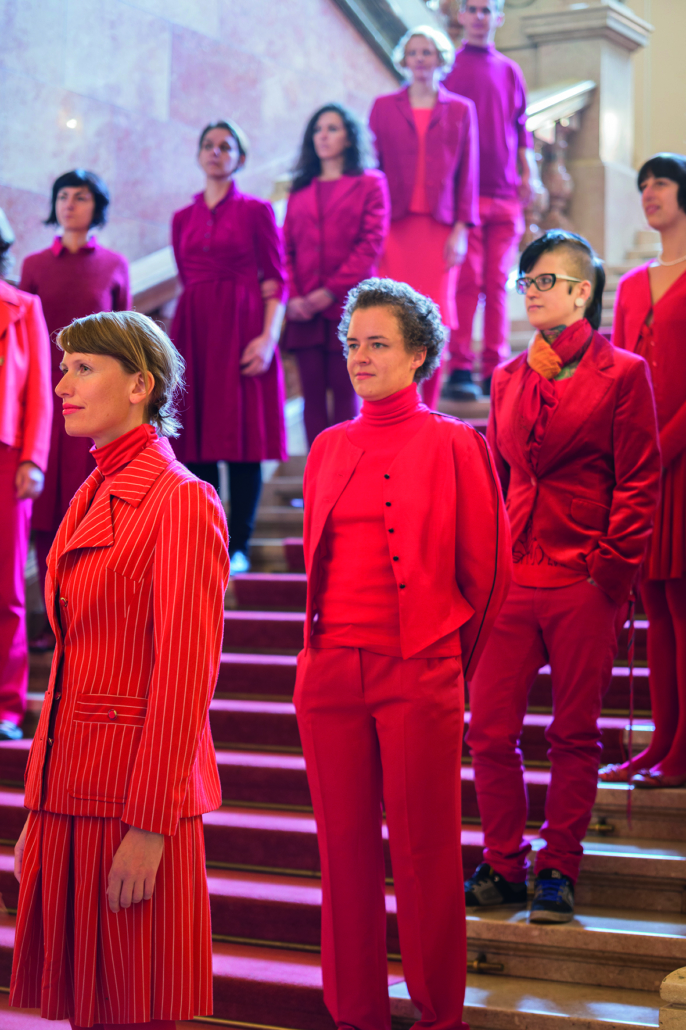 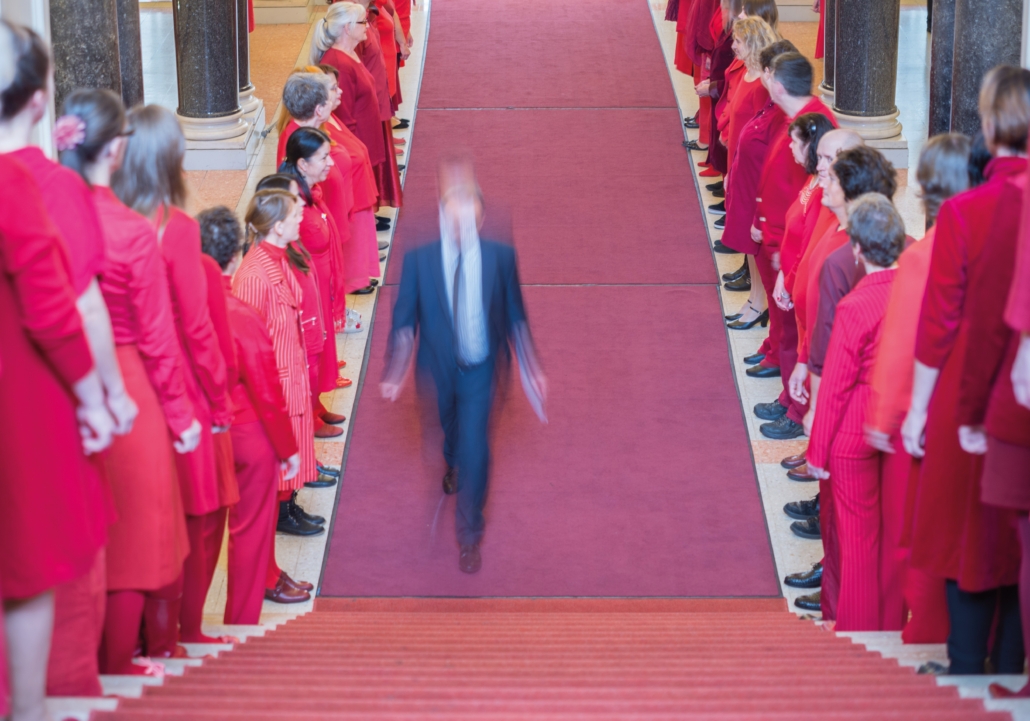 THE CATS OF KUNSTRAUM GOETHESTRASSE XTD