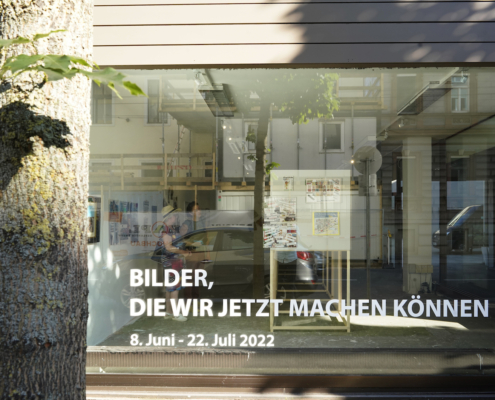 Opening of exhibition “Pictures we can make now”

On Wednesday June 8th, the opening of “Pictures we can make now” took place in our showroom.

The starting point was the desire to initiate a continuation of the project “Things we can do now“. In times of ongoing lockdown, there was a need to think about and realise projects that are possible at a distance. It was the need for time design and design time.

This time, the focus was on the idea of a playful approach to language and to images. We looked for and asked for new combinations of an existing stock of images and words, for making a selection, for trying out different techniques in order to let new texts and images emerge.

Each participant received a package from us. It contained pictures and texts from old non-fiction books and novels, pictures from old art magazines and printed rotary paper, i.e. pages from old newspapers. In addition, there were tips and suggestions on how to change images and text. From techniques such as black out poetry, to taping, overpainting, cutting out and probably the most well-known technique, collage. Also included were poster pens, felt pens, watercolour and brushes, washi tapes and adhesive foils.

The material was put together and sent out at random. The content of images and texts came as a surprise, sometimes fitting almost as if they had been selected or, for some, were so unimaginable.

The time between October 2021 and March 2022 was again full of uncertainties and delays.

As far as the current Corona regulations allowed, individual discussions were permitted in the KunstRaum Goethestrasse xtd. In April there was the first personal exchange among the participants, with showing and talking about the interim status and what was already there.

The exchange was rounded off with a second appointment, the possibility of short, timed talks with artists. Reinhard Winkler, Lisa Spalt and Veronika Schubert were invited for an afternoon in the KunstRaum Goethestrasse xtd to answer questions or express opinions in 10-minute conversations. The main point of these speed dating sessions was to talk about content, implementation and what was still open.

A variety of contents, techniques and forms became visible. It was challenging to work out something new with given material. The work at a distance and the staged exchange were special. Accompaniment and self-initiative brought security or also the desire for development and change.

“What was surprising was how connections emerged in the course of the discussion, how a given material became a personal matter …” 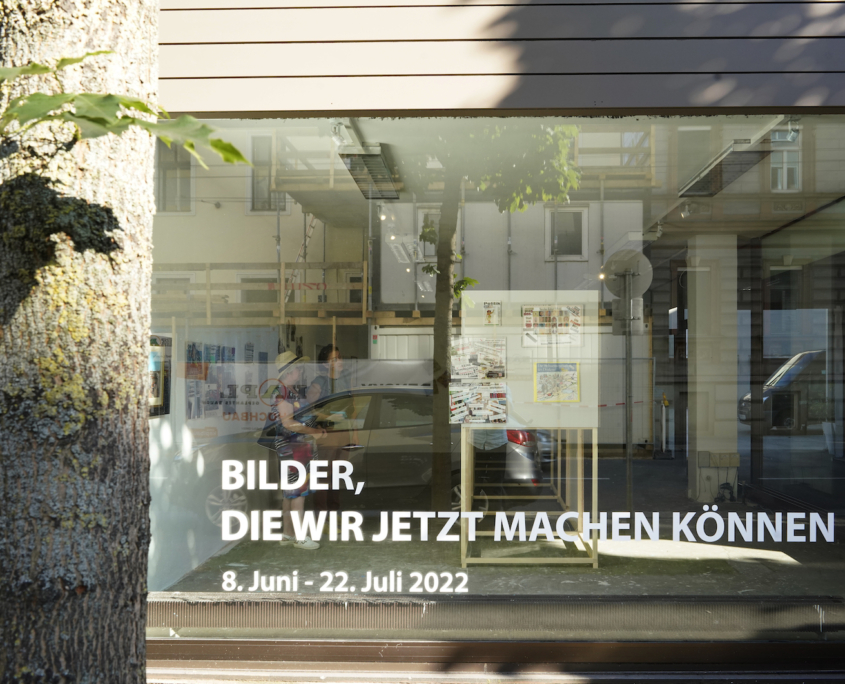 “A package is always a gift. Material that I would not have chosen makes it exciting. The reduction brings about something new.” 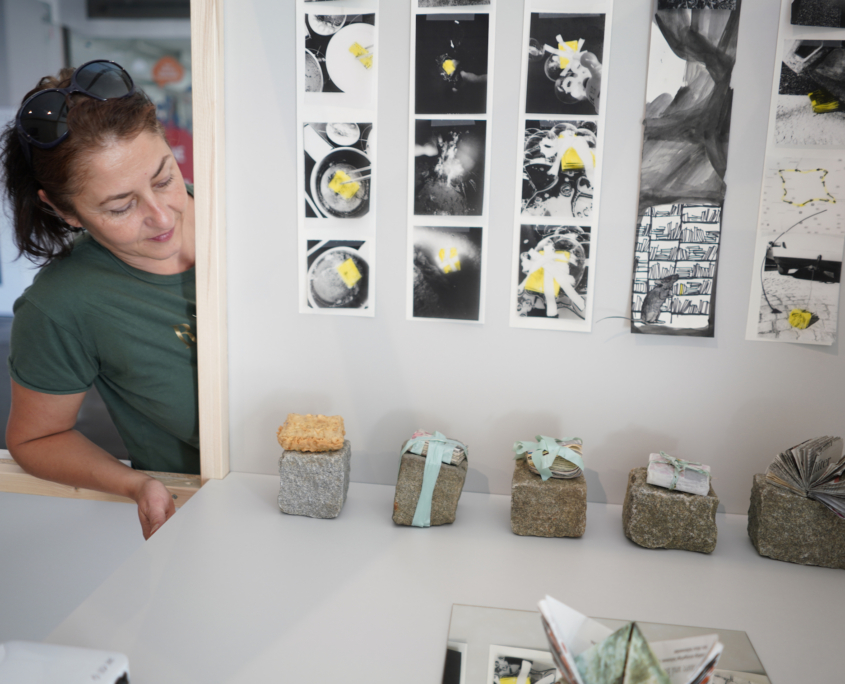 “What interested me most was the journey from start to finish and at the beginning you often don’t know what the end result will be.” 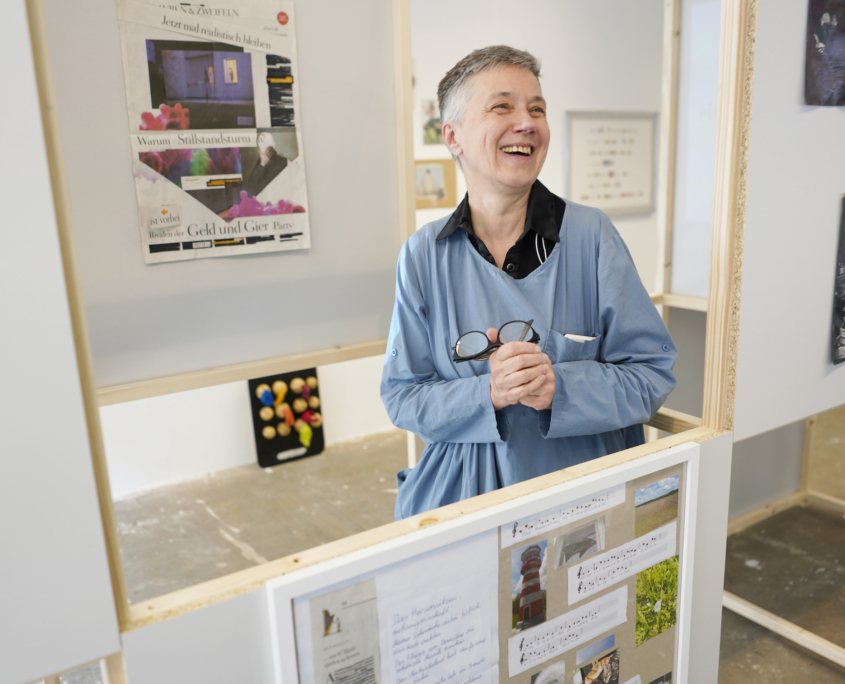